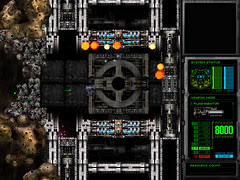 Way back when I did some game testing and had a bunch of fun at a game company in Cambridge, MA called Qualia. I've told lots of people about Crixa - a game that would have been published by Blizzard but never had pictures. Now this is long ago - back in 1996 - at the time I was doing Toy Design at HandsOnToys - I used to bring over toys I was working on and we also used to just play games and build stuff. Very cool to see David Seah has put up these pictures and referenced Alen Yen - another uber talent.

Pixelection - The Pixel Election for 2008

I'm proud to say that Pixelection - The Pixel Election for 2008 is live. 2008 is going to be the year for US politics, and with the race to the white house - I really wanted to do something different. So join PixelRed and PixelBlue for Pixelection 2008!